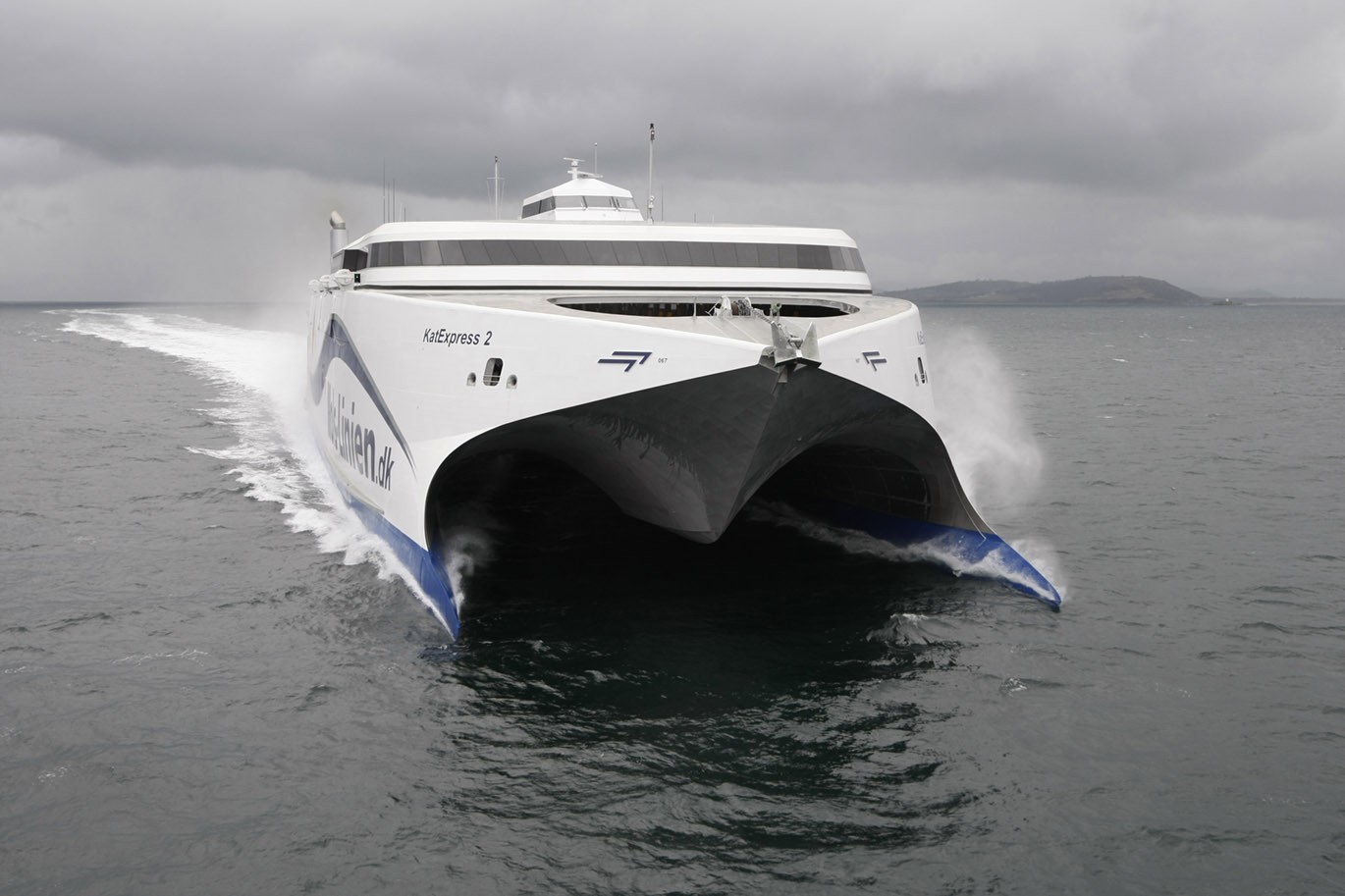 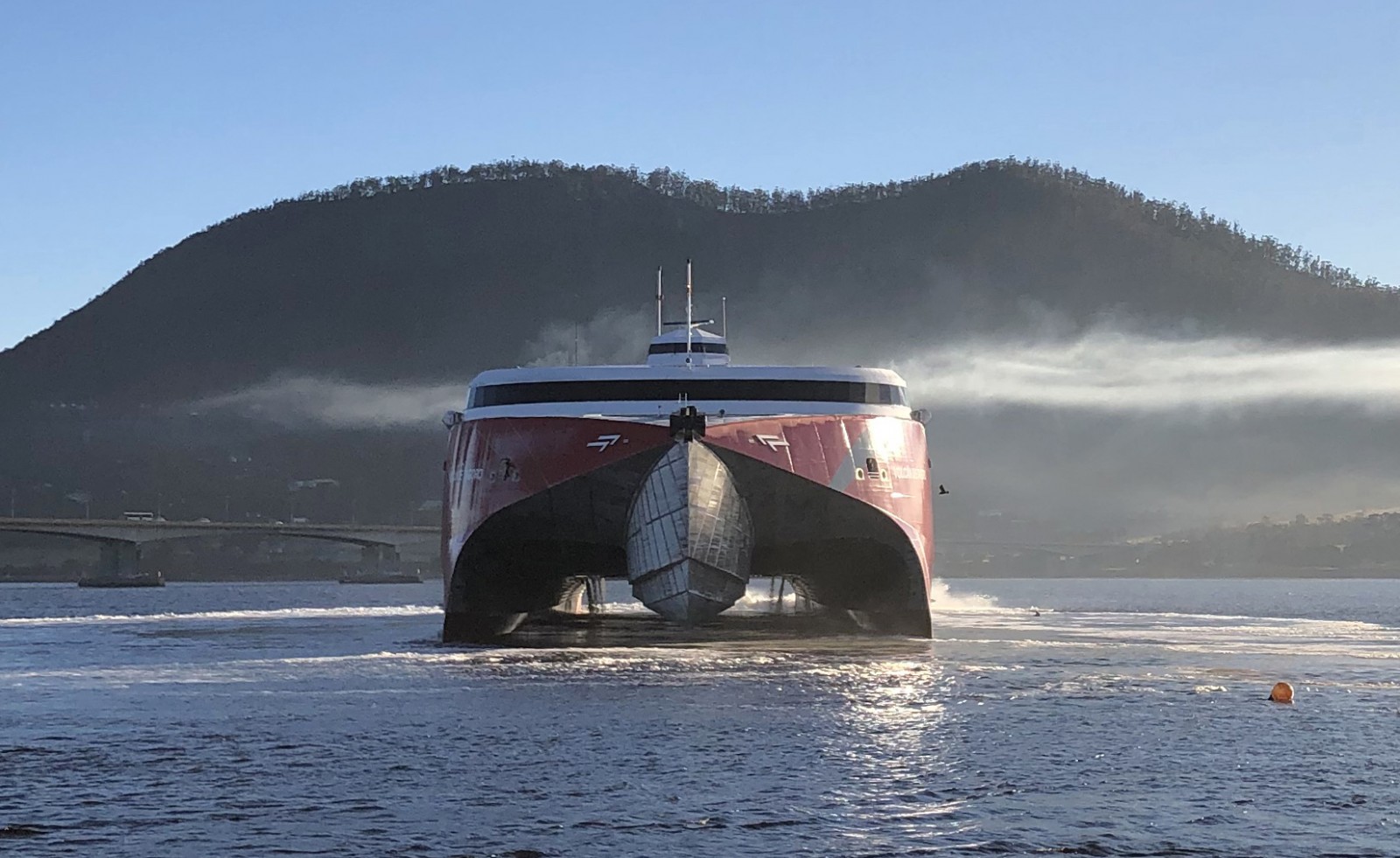 An Incat Wave Piercing Catamaran is easy to recognise thanks to its distinctive centre bow.

The design of an Incat Wave Piercing Catamaran (WPC) is a constant evolution. With each incremental increase in waterline length comes a myriad of modifications to the design, however the vessels within each generation are far from identical with a range of configuration, fit-out, and performance variations evident.

Continual development over vessel generations has led Incat to design the centre bow to provide even more lift in the initial stages of wave encounter. The arch between the centre bow and the wave piercer bows has been modified on later craft to obtain more freeboard and to have less flat surface.

The centre bow is the first part of the ship that encounters waves, passengers are therefore cushioned from damaging accelerations by the action of the bow engaging large waves.

The result – a smoother ride.