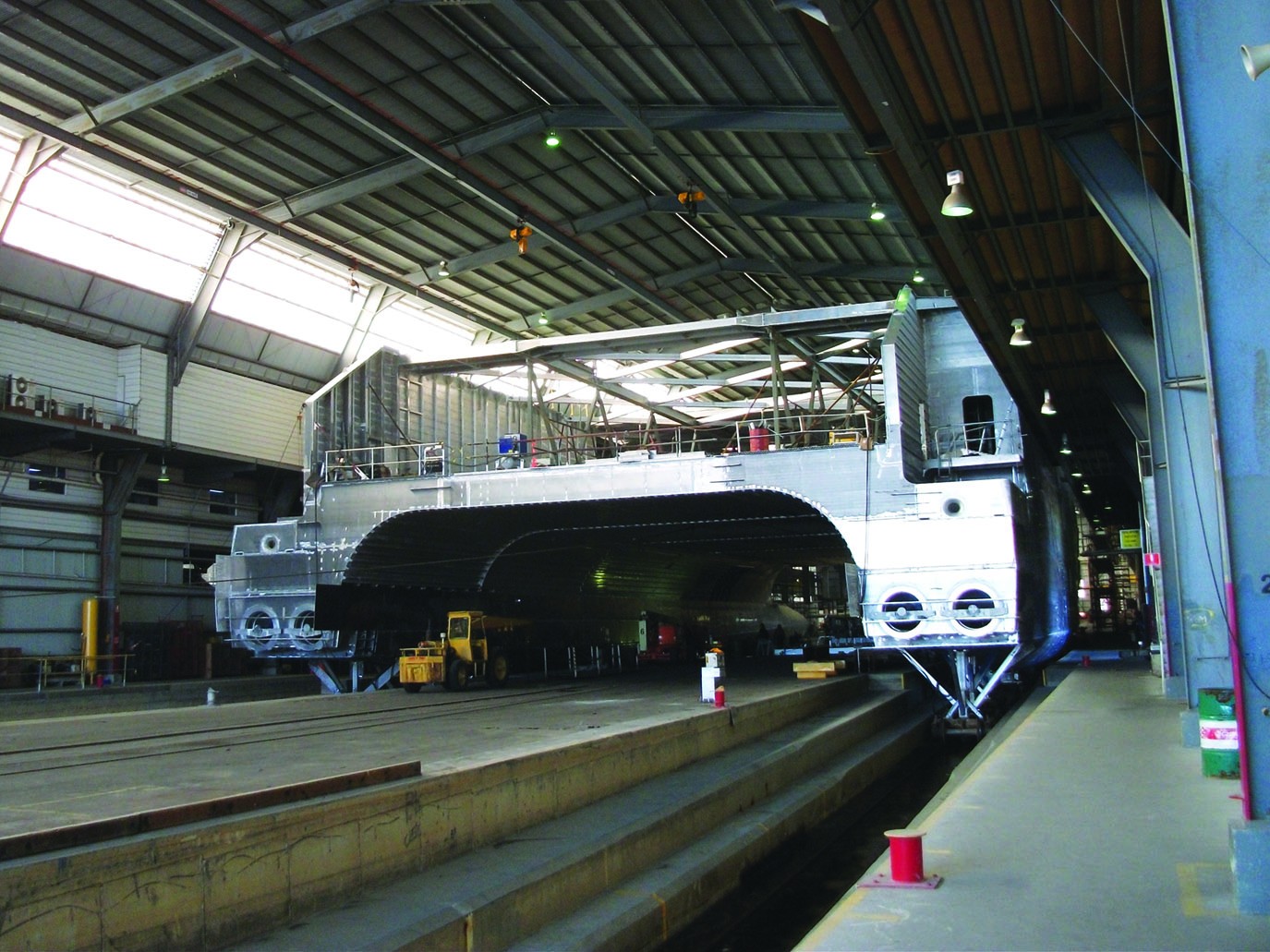 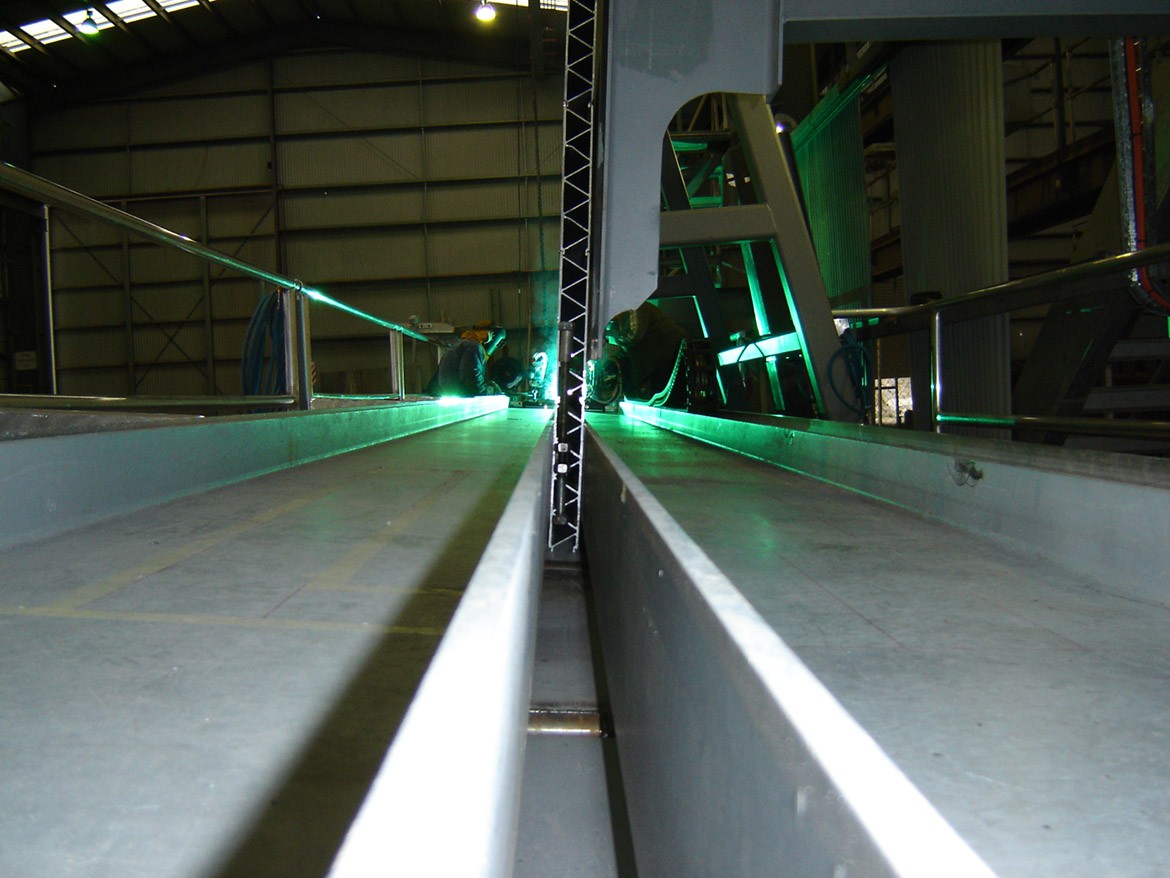 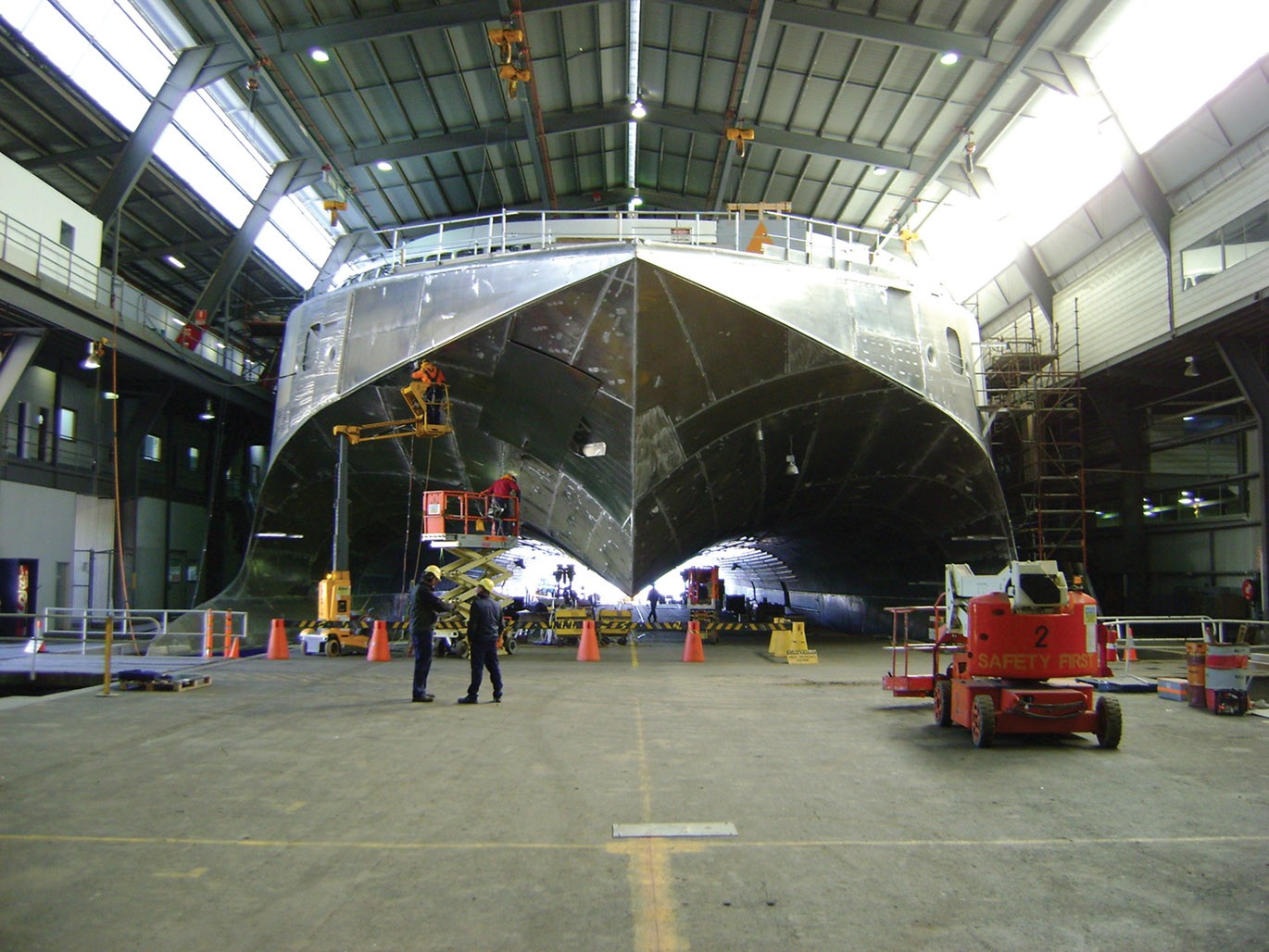 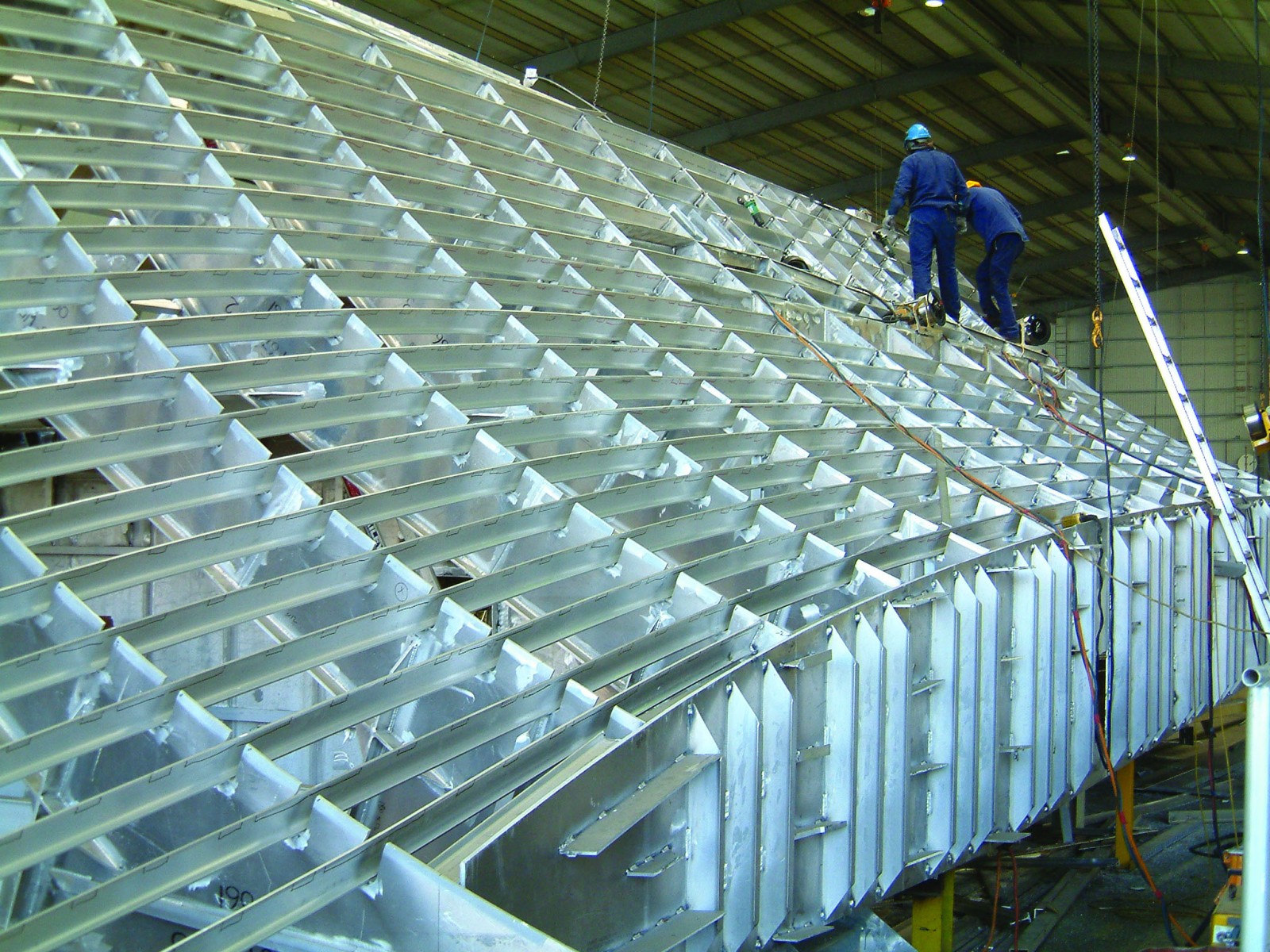 Incat’s world beating Wave Piercing Catamarans are created through a production line system at the dedicated 70,000m2 undercover facility. Multiple vessels can be handled simultaneously in two drydocks which includes the ability to house construction of larger vessels over 150m in length. Like any thriving business, a core of dedicated and loyal staff can be found at the centre of Incat’s success. With a comprehensive training program, high levels of job satisfaction, Incat ensures a skilled workforce and low employee turnover with many team members accomplishing over two decades of service.

Revolution Design’s team of naval architects, engineers and designers work with the concept and creative team at Incat to develop and refine vessel design.

The team work together from concept stage through research and development, structural design and analysis, drive line technical specification and layout, naval architecture services and complete drafting and design services for Incat vessels.

High-strength marine grade aluminium is sourced in extruded profile sections and plate from specialist suppliers in Australia, France, Italy, Greece and China. Plate arrives to a dedicated facility where nesting plans are generated and plate is cut to begin vessel construction.

Inches construction hall is used for the prefabrication of vessel components for large vessels and the construction of smaller vessels.

Components can be rotated to allow ease of fabrication and welding techniques which in turn minimises vessel construction time..

Continued refinement of the prefabrication and module construction process has seen the Stage 1 positions of both the main assembly halls also transform into prefab areas for large components such as fuel tanks, engine rooms, jet rooms and superstructure modules.

Modules completed at the various pre-fabrication locations at Incat are then moved into position in Stage 2 of the construction hall applicable to that series of vessel. Construction begins in the centre of the vessel allowing rapid growth in a controlled manner. As the fabrication and welding teams progress throughout the vessel, our quality assurance/control departments and survey authorities check and approve the completed sections of the structure.

On completion of this process the fitters, fitout electrical and electronic teams move in and install services and equipment. The vessel continues to grow in this position until it is approx 70% of its completed light ship weight, at which time the vessel is rolled back to the next stage of the production sequence. With Stage 2 cleared, modules for the next new build are able to fill this spot

With the vessel now in its final stage before launch, the forward end of the vessel is completed and the unique Incat catamaran shape starts to become recognisable.

At this stage main machinery such as engines, jets, thrusters, T-foils are installed. Once the equipment is carefully positioned and secured, the vessel’s structure is closed off for the final time before painting and livery requirements are addressed.

The majority of the fitout work is completed by the yard’s highly skilled tradespersons in the Stage 3 position. Fitters, plumbers, electricians, electronics, fitout, hydraulics, pneumatics, painters and structural fire protection personnel all set about completing the various components and systems on board.